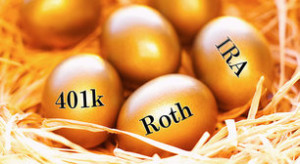 You can give yourself a better chance of increasing your retirement savings even though you may think it’s time to stop saving and start spending.

Why is this a magic age?

It is an age, under most qualified retirement plans in the United States, in which one can start spending these retirement dollars without an early withdrawal penalty and triggering taxes. But just because the penalty no longer applies, that’s no reason to interrupt the compounding of these precious retirement accounts. Remember how important these qualified accounts—-qualified means they get preferred tax treatment until you start withdrawing from them—are to your financial independence. If there are enough years of compounding, these retirement accounts can represent a key step in ensuring you have enough to live comfortably the rest of your life. That’s because, unlike other investment accounts, these qualified accounts aren’t taxed until you start drawing them down in your golden years.

By following the rules and not tapping your qualified accounts until age 59.5, Uncle Sam and his merry band of tax collectors are giving you a choice: Do you want to pay your investment tax bill now or later? However, you can opt for a third choice—-pay your investment taxes in your qualified accounts much later; about 11 years later. And in those 11 years you can potentially accumulate much more.

But some people, just happy that the onerous penalty no longer applies and thinking they’ve saved enough—and who knows if you’ve saved enough because who knows how long anyone will live—immediately start using their retirement accounts at age 59. That, unless you have no other assets and must use this money immediately, is usually a mistake.

And these investment taxes, which can depend on one’s tax bracket, are likely to go up over the next few years. That’s because the American government, along with most other advanced welfare governments, will be hunting everywhere for more tax dollars to fund everything from social insurance programs, war preparations and venal pols who like to live high on the hog when it is the poor taxpayer footing the bill.

So why stop the vacation from investment taxes when you can take a longer vacation from the pesky publicans who want more and more of your hard earned gains? (I believe they are “hard earned” because I know the successful investor—-the one who has obtained a good long-term return—will live through some hard times as well as good ones to get those returns. You can often tell the successful long term investor by his or her white hair. This sage investor will earn a significant stash by holding on through market meltdowns).

How would you use this strategy?

Let’s say that, at age 59.5, you go half way. You don’t retire, but you work less. You have “earned” income. You have substantial qualified assets, but you also have assets that face all the usual assets. These are taxable assets.

What should you do?

Consider this. And I am not saying this advice works for everyone, but it certainly will work for many overtaxed Americans on the brink of retirement, just retired or partly retired or who are trying to figure when they can retire. Start spending your taxable assets for everyday expenses. And, not only leave your qualified assets alone, but add to them if you work part time. This isn’t as meshuggah as it sounds. I’ve known lots of people who worked for years to earn their retirement. They quit work and found out something unpleasant: Not working at all at anything can be boring.

The results of this approach can mean a lot more in your retirement accounts.
Indeed, as you run down your taxable assets, your investment tax bill will likely decline. But secondly, add 11 years of contributions to your qualified plans and these assets could dramatically rise.

Let’s take one example of the magic of compounding and why any sensible investor wants it to go on as long as kids do their summer vacations. Let’s say you invest $500 a month in your retirement account and you earn nine percent. You do it for 30 years. You accumulate $922,000. However, take the same numbers and do it an extra 10 years—40—and what do you have? A lot more. You have $2.358, 000 million. That ten extra years generated an additional $1.400, 000 million. That’s some 150 percent more than you would have had if you started spending at age 59.5.

Much of this takes the maximum advantage of avoiding investment taxes strategy spelled out in an excellent book by James Lange, a CPA/attorney. It is entitled “Retire Secure. Pay Taxes Later. The Key to Making Your Money Last as Long as You Do.”

Again, all this depends on what you have in your IRAs beginning at age 59.5 and how your investments perform over those 11 years. Still, clearly there is no doubt that, by employing this strategy of paying taxes later, one has a better chance to accumulate much more in retirement assets.

Even, if you don’t add anything to your qualified accounts in the magic 11 years, one should do much better if one can leave them alone until the magic age of 70.5. And accumulating as much as possible is one of challenges of retirement planning since one doesn’t know how long one will live. However, we do know that average lifespans have been increasing for decades. They are expected to continue to do so for the foreseeable future.

Of course, spend your taxable accounts in a reasonable way. Always use a budget. But be sure you are maximizing the advantages of your qualified accounts. Indeed, take the longest investment tax vacation that you can take—-it could generate a lot for your retirement nest egg.