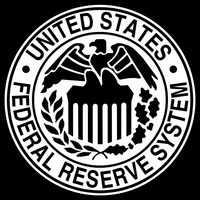 That’s some of what many critics are saying about The Federal Reserve Board (the Fed), which turns 100 on December 23, 2013. They note that on the Fed’s watch America has endured numerous bubbles, crashes and inflationary cycles that have greatly devalued the dollar. The Fed, they say, has caused or aggravated several crashes, critics add.

“The Fed’s performance over the century has been abysmal, no matter how you look at it,” says Professor Joseph Salerno, a business professor and monetary expert at Pace University.

“If you say the goal of the Fed was to prevent calamities, then you have to say that it has been a failure,” says William A. Fleckenstein, a hedge fund manager and the author of “Greenspan’s Bubbles.”

Fleckenstein’s says he’s seen two bubbles over the past quarter century. He also believes that, under the Fed’s system of easy money, of interest rates of close to zero percent over the past few years, that “the Fed is once again creating a bubble.” The Fed should be abolished, he adds, because it has no accountability for its mistakes.

The length of the Fed’s charter is indefinite, said Fed spokesmen, who would only speak on background. And that is generally the only way Fed spokesmen will speak to reporters when asked about the bank’s current policies or historical record. I found trying to speak to them on the record was about as easy as getting Mark Felt, Deep Throat of Watergate fame, to go on the record.

What is the Fed?

The Fed is a bank of banks that creates money. It is designed to be a lender of last resort to sick banks in times of crisis. And crisis is one reason why the United States finally returned to authorizing a central bank a century ago (America had previously had a central bank in the 19th century, but decided to de-authorize it in the presidency of Andrew Jackson. “Old Hickory” railed against a central bank as serving moneyed interests. See “The American Central Bank: A Controversial History” section at the end of this article).

The Fed began a century ago with the goals of protecting the dollar. It was given the exclusive right to create money in 1913.

The Fed would “provide a means by which periodic panics which shake the American Republic, and do it enormous injury, would be stopped,” according to Robert Latham Owen, one of the authors of the original Federal Reserve Act.

Why was it given these powers?

After the Wall Street banking panic of 1907 led numerous banks to fail, “there was a growing consensus among all Americans that a central banking authority was needed to ensure a healthy banking system and provide for an elastic currency,” according to the official Federal Reserve history.

But critics claim the Fed has made things worse. Subsequent problems were the result of Fed governors giving in to political pressure, providing elastic or “cheap money.” This is the controversial Fed policy of setting interest rates. If set too high, they cause recessions such as the 20 percent plus interest rates that hammered the United States with a deep recession in the late 1970s and early 1980s. If set too low, the rates will mislead consumers and businesses, causing them to borrow too much. And that can lead to a cycle of boom and bust.

That’s what many believe happened in 2007-2008 as millions of Americans were encouraged through cheap-money policies to use sub-prime loans to buy homes they couldn’t afford. Fed critics contend that it had happened before.

“The consequence of the monetary framework of the 1970s was two bouts of double-digit inflation,” said Fed Chairman Bernard Bernanke in a recent speech entitled, A Century of U.S. Central Banking: Goals, Framework, Accountability. These 1970s events killed interest sensitive industries and destroyed many small businesses that couldn’t obtain credit or couldn’t afford it because the rates were sky high (I was working for “The Sussex Spectator” in the early 1980s when the publication, located in Sussex County, New Jersey, went bust, with the owner blaming the Fed for his woes).

These controversial money policies have lead to crashes, depressions and recessions, including the crash of 1929 and resulting Great Depression, critics say. Some 10,000 banks failed between 1930 and 1933, according to Fed numbers.

“Tragically, the Fed failed to meet the mandate to maintain financial stability,” Bernanke said in his speech.

“Many people,” according to the Fed’s official history, “blamed the Fed for failing to stem speculative lending that led to the crash, and some argued that inadequate understanding of monetary economics kept the Fed from pursuing polices that could have lessened the depth of the Depression.”

One of the people blaming the Fed was economist and monetary historian Milton Friedman. He criticized Fed policies for triggering the 1929 crash and then causing a depression that lasted over a decade by drastically reducing money supply.

“Throughout the contraction, the System (the Fed) had ample powers to cut short the tragic process of monetary deflation and banking collapse,” according to “The Great Contraction 1929-1933” by Milton Friedman and Anna Schwartz.

To Fed critics, the Great Depression of 1929 and the great inflation of the 1970s were part of a series of policy blunders that happened again in 2008.

“There never would have been a sub-prime mortgage crisis if the Fed had been alert,” Schwartz told the Wall Street Journal. “This is something Alan Greenspan must answer for.”

And answer it he did.

In Greenspan’s memoir, “The Age of Turbulence,” the former Fed chairman quietly conceded—-he hides his admission in a couple of paragraphs in a 600-page book so the reader could easily miss it—that Fed actions leading up to the crisis were dangerous. He wrote: “I was aware that the loosening of mortgage credit terms for subprime borrowers increased financial risk, and that subsidized home ownership initiatives distort market outcomes.”

What is frightening about this admission is that Greenspan added that he still believes in the idea of every American having a home, which is tantamount to saying that every kid with a baseball glove should be able to play for the New York Yankees. That’s even though the policy of every American can have a home obviously wrecked the American economy as well as the economies of several other countries whose pols couldn’t resist the temptations of cheap money policies. Cheap money, or below market interest rates that mislead buyers and sellers, has been one of the biggest problems of our central bank.

Obviously, I am a critic of our central bank and the concept of a government superbank. I have been influenced by Ludwig von Mises superb “The Theory of Money Credit.” But what do others think?

Economist Laurence Kotlikoff of Boston University says he’d give the Fed a C grade in its first century. “It didn’t prevent the Great Depression or the Great Recession. It hasn’t fixed the core problems: opacity and leverage in the banking system,” Kotlikoff said.

“Central banking has a poor record but other methods do as well,” adds Jeffrey Gundlach, the manager of the Doubleline Total Return Bond Fund, which invests in mortgage backed securities. Gundlach was one of the few mortgage securities managers who turned in a good performance in the disastrous year of 2008. Gundlach has been very critical of cheap money policies of the Fed and predicted the crash of 2008. He believes the government should balance the budget first and then consider the Fed’s future.

Other critics, in reviewing the Fed’s record are harsher. They say it is time to end the Fed, in part because it favors certain banking interests.

“The Fed is an instrument of crony capitalism,” warns Hunter Lewis, a money manager and the co-founder of Cambridge Associates, an investment advisory firm.

“The Fed should be abolished because its legal monopoly of the money supply renders it an inherently inflationary institution able to create money at will and without limit,” says Salerno, noting that the value of a 1913 dollar, the year the Fed began, has lost most of its buying power.

Ultimately, Salerno and others warn, the problem of the Fed is the inevitable problem of a government favored institution that doesn’t have to compete.

“History and current experience,” he adds, “reveal to us that groups endowed with a legal monopoly over any area of the economy are prone to use it to the hilt to enrich themselves, their friends and allies.”

Bitter debates over an American central bank go back to the earliest days of the republic.

Alexander Hamilton was in favor, believing a national bank was vital to the nation establishing a modern, industrial economy. But Thomas Jefferson was against it. He believed the bank would create endless paper money that would debase the currency and that politically connected financiers would gain at the expense of the average man.

The First Bank of the United States, was established by Congress in 1791 on a 20-year charter, with the mandate to “manage the government’s money and to regulate the nation’s credit.”
The federal government maintained partial control of the Bank, but it was led primarily by private investors. The bank’s charter was allowed to expire in 1811.

Four years of bank runs and other economic disruptions convinced Congress that the country again needed a central bank, and the Second Bank of the United States was chartered in 1816. Much like its predecessor, the Second Bank was predominantly private and its governance was geographically centralized.

Many Americans also viewed this Bank, in the words of then-President Andrew Jackson, as “a concentration of power in the hands of a few men.” When its charter expired in 1836, the Second Bank of the United States ceased its role as America’s central bank. America would be without a true central bank for the next seventy seven years.

Gregory Bresiger, an independent business journalist, works for the New York Post Sunday business section, Financial Advisor Magazine as well as other publications and websites. He is the author of “Personal Finance for People Who Hate Personal Finance” and the just published “MoneySense.”