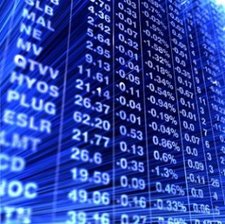 Some investors take a provincial view and it could cost them, a former Schwab official warns.

You buy domestic stocks and bonds on a regular basis for your qualified retirement account at work and your IRA. Maybe you add a few Japanese equities and some European stocks in the interests of diversification. All you have to do now is continue with a steady investment program for a few decades, catch a few bull markets and you’ll be set. You’ll get strong returns, achieve your investment goals and live well in your golden years.

Here, besides excessive taxation and the woes of flawed government retirement programs (see the previous entry in this blog), is another delusion that could destroy one’s goal of achieving financial independence. Indeed, a former Schwab and Fidelity Investments official believes many investors are using outdated models. These are investment models that don’t take into account the dramatic changes in the world’s economy over the past generation.

“I was surprised to learn how unexperienced many American investors, and even some advisors were, as to what is really transpiring in the rest of the world.” Those were some of the recent comments of Timothy F. McCarthy, former president and COO of Charles Schwab & Co. He is the author of a new book, The Safe Investor: How to Make Money Growth in a Volatile Global Economy.

He said it was a “shock” to see that foreign investors generally better understand the demographics of the emerging economies. These demographics provide a much better potential for growth. That’s because, he explains, young populations buy more things and have more years of buying big ticket items. So the economies of countries with young demographics are more likely to perform better than the older ones. And having some exposure to emerging economies, economies that often are already growing at rapid rates, is essential for any investor who wants strong growth. Yet many American investors and their advisors are missing this point, according to McCarthy.

“And even when advisers know they should have that exposure, they run into the attitude of I don’t trust those countries, they’re way too risky,” McCarthy said. He believes emerging market volatility can be reduced through investing in several countries. Emerging market investing, he added, is a key element in obtaining strong long term returns. Investing only in Europe, the United States and Japan puts “dangerous” risk into your portfolio, McCarthy said.

“The basket of growth countries will continue to grow over the next few decades, at times, twice as fast as developed nations. Some will also have stronger currencies and debt service ability,” McCarthy writes.

It is dangerous to overweight traditional markets. These countries—unlike emerging market economies—-have aging populations. “As you get older you buy less,” McCarthy notes. That means older economies have slower growth rates as well as expectations of slower growth. For instance, last year the United States saw its GDP grow at about a two percent rate. At other times in our economic history, that would have been considered a puny number in the middle of what is supposed to be a recovery.

So was that a good or bad number?

Well, to some it seemed to be good. That’s because it was great compared to weak Western European economies such as Spain, Greece, Italy and Portugal. Their economies have been contracting (Of course, we exempt Germany, which has seen healthy rates of growth). But contrasted with the emerging economies with younger populations, a two percent rate is slim pickings. The expectations, along with the savings rates, of Asian tigers is much more than Western countries. “China gets a seven percent growth in a year and they’re actually disappointed,” McCarthy recently said as he discussed his book. Still, McCarthy explained that he still retains a large part of his portfolio in U.S. stocks, but outstanding numbers will require broadening the average investor’s approach. Why should investors have to take a few chances and go outside the traditional Western economies and Japan for healthy stocks?

Strong growth rates are needed, McCarthy added, because many Americans, if they reach age 50 and have no major illnesses, are likely to live thirty years or more in retirement. They’re going to need a lot, maybe more than they expected when they began putting together their retirement plans. These people who live a long life are going to need to get an extra four or five percent a year over the long term.

Let’s take an example. Say you invest $300 a month for 40 years and primarily invest in U.S., European and Japanese equities. You earn four percent a year as these mature markets turn in so-so long-term performance. You have some $355,000.

By contrast, your neighbor, who invests the same amount over 30 years but also includes a healthy amount of emerging market stocks or funds, earns nine percent in the same period.

He beat you by approximately 300 percent. He has some $1.414 million. Why is some $1.1 million difference a big deal in an aging society in which typical Americans, Europeans and Japanese are living longer than their parents and grandparents?

“Our research shows that many investors are likely to outlive the funds they are investing in,” says Daniel Kern, president of Advisor Partners, who helped McCarthy research the book. They’re in bad funds that aren’t going to work for their long term plans, Kern noted. So why do they stay with them? Kern argues that fund industry marketing often derails long term goals because the investor ends up buying the latest investment toy.

“Unfortunately people want to own the fund that is at the top of the charts. They want to say ‘I own this fund.’ And it turns out to be yesterday’s shiny new toy. And often yesterday’s success becomes today’s walking dead.”

Another key issue in attaining the goal of financial independence, McCarthy notes, is that the investors should take a gradual approach. This strategy should be used both in the build-up and the draw-down.

Long term market exposure, whether in a build-up or withdrawal phase, will pay off even in the worse of markets as long as you hang on through bad times, McCarthy believes. One example cited in the book was the market meltdown of 2007-2008. The S&P made an all-time high on October 11, 2007, just before the market tanked. Some five and half years later, in April 2013, the market again reached a new high.

“What trickle in, trickle out means is that you don’t have to worry about economic cycles,” according to McCarthy.

So for young people, just trying to build up assets, build up gradually. And, for those who are beginning to retire but still have many years to go, slowly draw down. They should continue to have some equity exposure. And for everyone, young and old, remember the world is changing. The best markets of yesterday are unlikely to be tomorrow’s best markets. Don’t only diversify across several asset categories, but diversify across different nations and regions.