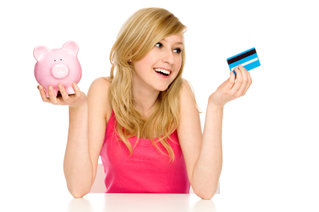 It is one of the disgraces of our pricey American state education, which no more provides value than New York City government provides low taxes. Over 12 years of elementary and high school, young people are taught about safe sex, driving and other subjects, but almost nothing about money management.

Financial literacy is a vital, yet overlooked subject in the modern school system. And its seeming unimportance—-most American public schools don’t require financial literacy courses to graduate from high school—-should be an embarrassment to the pols who oversee the system, pols who understand everything about money when they need to raise it for elections.

Financial illiteracy is a failure that is often a lifelong handicap for millions of young people. Just after high school they start making major money decisions about things such as credit cards and student loans. Yet they do so with little or no education. It is tantamount to letting someone get behind the wheel who has taken no driving courses or telling your teenager to have all the sex he or she wants without explaining the potential consequences.

“The problem of financial illiteracy is perhaps the greatest threat facing our country,” according to John Vento, a Staten Island, New York CPA and adviser.

It may seem an exaggeration to say that the lack of financial literacy is the greatest problem in our country, but indisputably it is a profound problem. And it is one that has plagued generations of Americans and Europeans (When I was in Europe recently I saw the effects of millions of people who didn’t understand mortgages).

What is dangerous about this, or any other problem, is when someone doesn’t understand that he or she isn’t a master of a subject. Nevertheless, the person, based on a diploma of sometimes questionable merit, proceeds as though he or she is.

Intelligence stems as much from a sense of modesty as well as the sum of things that one knows. Intelligence, I believe, is as much knowing what one doesn’t know. Indeed, “shall I tell you what knowledge is? It is to know both what one knows well and what one does not know,” wrote Confucius, thousands of years ago in a bit of timeless wisdom.

For example, the average young person possibly thinks he or she is ready to manage money because he or she has a high school diploma. But often the typical teen knows next to nothing about money. This type of person reminds me of the leaders of the Polish government and army in World War II.

They believed they were going to defeat the Germans. (The Poles actually used cavalry against German tanks and were bushwhacked. Warsaw was in Nazi hands in a few weeks after the declaration of war in September 1939). They also thought their British and French allies were going to help, a canard as ridiculous as believing the pol who promises expanding government and lower taxes.

Your teenager may be about to be financially bushwhacked. He or she is about to graduate from high school and start making key money decisions, but has likely received no or little personal finance education. This young person typically did not have to meet a financial education literacy standard. Disaster could ensue. And that has consequences both for the individual as well as the economy. “I believe it is one of the reasons for the market meltdown of 2008,” Vento argues.

If Vento is exaggerating, he is not exaggerating by much. The housing mess was probably the biggest part of the market crash. And what caused it? Millions of Americans, who didn’t understand sub-prime loans, bought houses they couldn’t afford. They suddenly defaulted en masse. This nearly brought down parts of the banking system, which unfortunately were bailed out by the federal government, whose cheap money policies were a big part of the mess.

But didn’t these young people learn about budgeting and mortgages in school? That’s unlikely.

These numbers come from a survey by the Council for Economic Education (CEE). It is a New York-based organization devoted to promoting financial literacy and economics education in elementary and high schools.

“The main reason teachers don’t teach financial literacy and kids don’t learn it is that states don’t require it,” says Nan Morrison, CEE president and CEO. Although the CEE said at the turn of the century there was a movement to require the teaching of personal finance in most states, “progress in personal finance has slowed its pace since the mid 2000s,” according to the latest CEE state survey. Morrison says that businesses need to make a commitment to promote financial knowledge.

What should high school graduates know?

At a minimum teens should be able to budget, save and spend, says Kelli Ramey, director of H&R Block’s Dollars & Sense program. “Teens should also know at least the basics of credit, credit cards, banking and student loans,” Ramey adds.

Without better financial education, Vento notes, millions of young people will face a life of constant money worries. The author of the book Financial Independence (Getting to Point X): An Advisor’s Guide to Comprehensive Wealth Management, Vento warns that problems of financial illiteracy are passed from generation to generation. That’s because parents often lack financial literacy.

“And if you don’t understand how to compute interest and the difference between a stock and a bond, your chances of prospering or even surviving financially are almost nil,” Vento notes.

The result, according to CEE, is 81 percent of college students surveyed miscalculate their student loans. They don’t understand how long it will take to pay them off.

However, even if the state requirements change, there may be another problem. We may be asking the blind to lead the blind.

“Fewer than 20 percent” of the teachers in the CEE survey said they would be confident teaching personal finance courses.